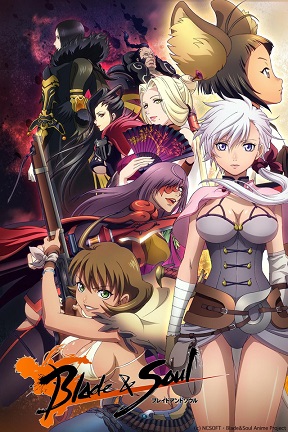 Blade & Soul is an thirteen-episode anime adaptation of the Blade & Soul MMORPG by NC Soft, and aired as part of the Spring 2014 Anime season.

It follows the story of Alka, a swordswoman skilled enough to defeat foes with a single strike, as she travels the world in search of vengeance upon the person who killed her master. The story mostly deals with the futility and pain caused by the Cycle of Revenge.

You can watch the show on Crunchyroll

. For the video game of the same name, see here.