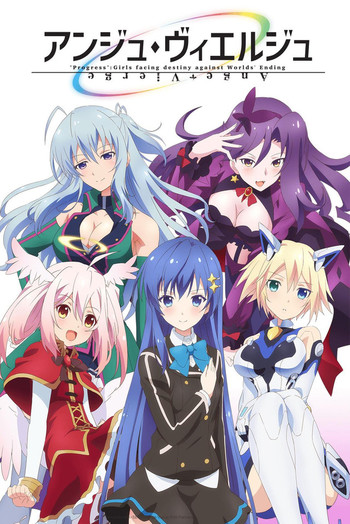 The mysterious "Halo" has opened, connecting five worlds together in the "World Connect".
Advertisement:

All five worlds now face impending destruction. Should the worlds merge completely, all will be destroyed in "World End".

The Progress, girls from all five worlds who have been given the power of Exceed, have assembled on Seiran Island on Earth to battle the otherworldly entities known as the Ouroboros, in order to prevent World End and protect the five worlds.

Ange Vierge is an anime adaptation of a trading card game produced by SILVER LINK. that began airing in July 2016. The series is streamed on Crunchyroll.