Manga / And Yet the Town Moves 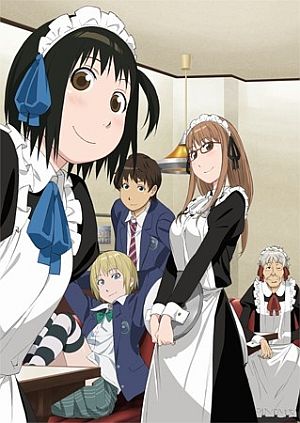 From left to right, Hotori, Kon, Sanada, Toshiko and Uki the Head Maid. Haribara and Moriaki-sensei missing.
"Even the most grand and luxurious of cafes are nothing but empty shacks if they don't provide what the customer seeks."
Advertisement:

And Yet the Town Moves (Soredemo Machi wa Mawatteiru) is a Seinen manga written and illustrated by Masakazu Ishiguro. The manga was serialized in Shōnen Gahōsha's Young King OURs from 2005 to 2016, with sixteen bound volumes by the time of its completion. The anime adaptation by Studio Shaft aired during the Fall 2010 Anime season.