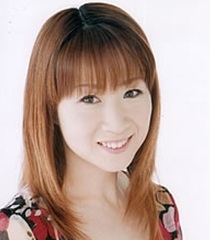 Rika Fukaminote She also goes by Rica is a Japanese voice actress born August 8, 1963. As noted, her most famous role is Minako Aino aka Sailor Venus in Sailor Moon, as well as the young but wise Fran in Final Fantasy XII. She also dubbed Linka's voice in Captain Planet for Japan, as well as Monica Geller's.

She's close friends with Emi Shinohara, as they worked together in Sailor Moon and have the exact same birthday. She married fellow actor Eisuke Tsuda in 2000.