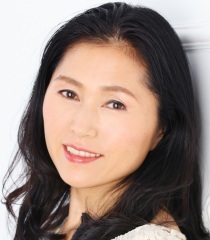 Emiko "Emi" Shinohara (born 8 August 1963) is a veteran seiyu who is most celebrated as Makoto Kino of Sailor Moon. She is usually typecasted as Action Girl in her early years, but later diverged to moms, Yamato Nadeshiko, and even Ax-Crazy women like Ophelia in Claymore. She is married to Hiroshi Watari, a Tokusatsu actor, and also voice roles in that genre. Her blood type, like Mako's, is O.