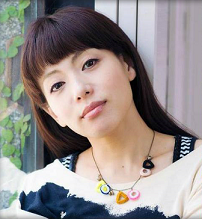 Since her 1998 voice acting debut, as Tsubasa in His and Her Circumstances, Mayumi Shintani (born November 6, 1975) hasn't taken that many anime roles compared to some of her seiyuu contemporaries, but her short resume includes some incredible performances - she's lent her distinctive voice to such beloved characters as FLCL's Haruko Haruhara and, most recently, Kill la Kill's Nonon Jakuzure. In addition to a steady stream of parts in live-action movies and TV dramas, she's also a prolific stage actress and member of the theatre company Nylon 100℃ (a list of her roles is available here