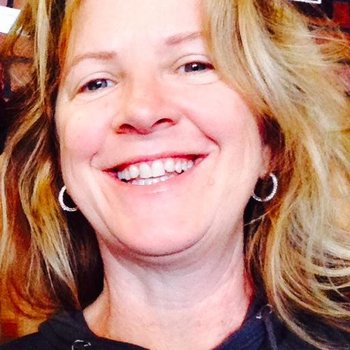 Neither my people nor I will waver!
Advertisement:

Julie Ann Taylor (born January 29, 1966) is an American voice actor who is usually in for Cool Big Sis characters, or at least the teen parts.

"You were [Kirito's] nurse in Chiyoda. Wait! Are you a nurse or are you just faking [it]?"
"I'm a nurse. I'm registered in everything and have the paper to prove it. Although full disclosure... I piloted police labors, a STAR mech, I had a stint as a a military officer in the navy and as an English teacher who cosplays as a Jaguar."