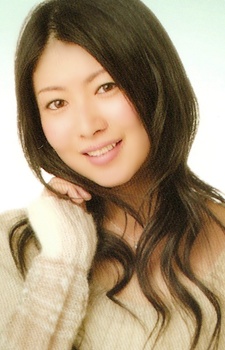 ...okay, are you gonna keep staring at me emotionlessly like that? Right, here we go...

Minori Chihara (Fan Nickname: Minorin, born November 18, 1980 in Utsunomiya, Japan) is a seiyuu. She is also a J-Pop solo artist. She shot to fame in the anime industry in her breakout role as Yuki Nagato, along with a few other individuals. While her debut is actually The Ditzy Aya Natsume, thanks to her role as Yuki Nagato, she's now currently viewed as the seiyuu for Emotionless Girl. That said, in Real Life, she's actually a bit of a ditz. Her blog can make for sometimes unintentionally funny reading.

Minori has performed some songs for anime, most memorably "Paradise Lost" for Ga-Rei -Zero-, which was performed by Yuki in Haruhi-chan episode 6.

Some of her voice roles include: