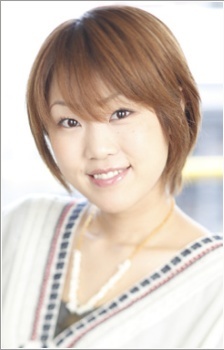 Ayumi Fujimura, on the scene!
Advertisement:

Ayumi Fujimura (born September 3, 1982) is Japanese female seiyuu affiliated with Ken Production. She is usually cast as a Tsundere character. She is most famous for being the voice of Misaki Ayuzawa in Maid-Sama!.

She has had a recent spate of working with Nobuhiko Okamoto and Atsushi Abe. On April 1, 2019, she announced that she would take an indefinite hiatus from voice acting.

Not to mention she's voiced a playable character in up to five major fighting video game franchises.

Stow your fear! It's now or never!