Character subpage for Jean-Pierre Polnareff, the tritagonist of Stardust Crusaders and a supporting character later in the series. 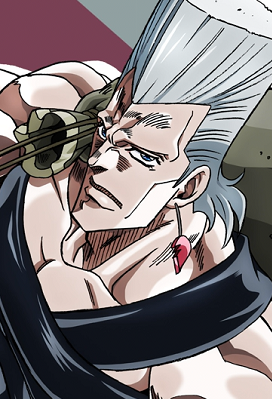 "My name is Jean-Pierre Polnareff. On the honor of my dear sister's soul, and so that my good friend may rest in peace... I'm going to hurl you into the depths of despair! Prepare yourself!"

Another victim to DIO's mind-control buds. Once he is freed by Jotaro and company, he tags along, in the hopes of finding the man who raped and murdered his sister in cold blood. Hot-headed, impulsive, and a bit dim, Polnareff is more often than not on the receiving end of the current enemy's stand and foreign toilets. Nevertheless, his sheer determination and effectiveness in battle make him a valuable addition to Team Joestar, whether the rest of his teammates admit it or not. He is named after Michel Polnareff 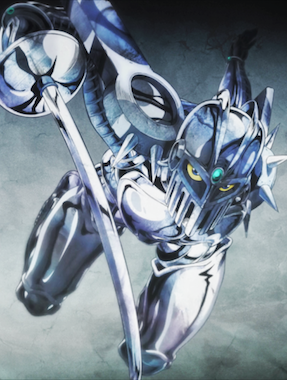 Silver Chariot, named after the Chariot card, has the ability to move at incredibly high speeds and is exceedingly skilled with its rapier, to the point of generating completely solid after-images, and catching 5 flying coins on its rapier. When it removes its armor, it sacrifices its decent durability for even higher speeds and can move at the speed of light. However, unlike most close-range humanoid Stands, Polnareff can't see through its eyes and has to be able to watch the combat himself to direct it effectively.
Post-Stardust Crusaders Tropes (SPOILERS) 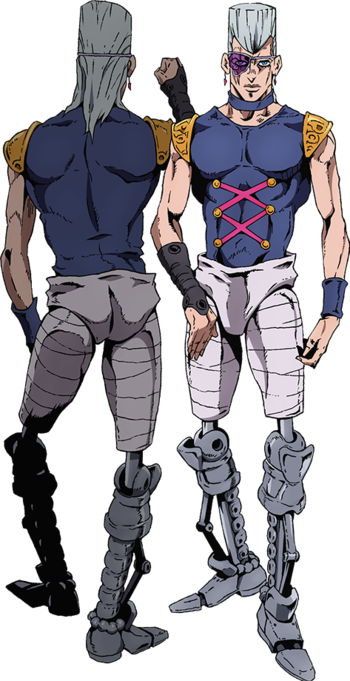 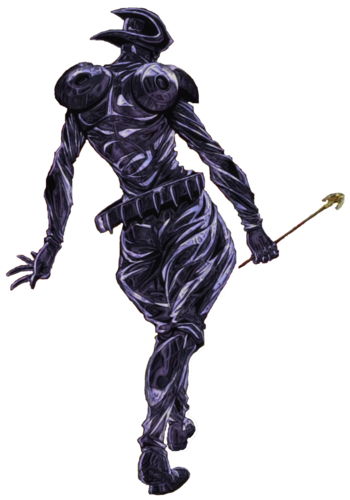 After being trapped by Diavolo and prepared to be killed off, Silver Chariot touched the Stand Arrow, evolving into a new kind of stand. Chariot Requiem has the power to transfer the souls of people to another body, alongside the ability to put them to sleep. Is not considered a sentient stand, but it has a determination to stop anyone from touching the arrow, just as Polnareff wanted.