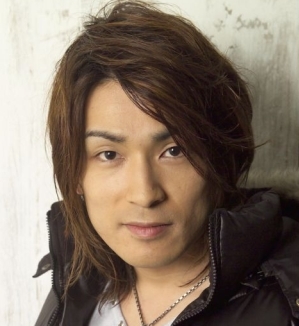 Described by Tite Kubo and The Other Wiki, as "overly energetic, very friendly, open", Masakazu (born October 21, 1972) started his career as a motion capture actor. He first did the motion capture for Zell Dincht from Final Fantasy VIII, then as the main character Tidus in Final Fantasy X. And since the characters were being voiced by then, he gave it a shot and voiced Tidus too.

While that wasn't quite enough to shoot him into the spotlight, he ended up meeting Tite Kubo, became good friends with him and agreed to voice the main character of Bleach, Ichigo Kurosaki, when it got animated. This marked the start of his success and infamy. Up until today, both have been in a good relationship, and Masakazu opened up a radio show based on his character.

It should be noted however that, infamous or not, he's actually a talented and versatile voice actor with quite a voice range, and he's good at leading radio talk shows, being extremely chatty, cheerful and humorous. He also has a unique way of thinking, and is a bit of a pervert.

He has several relationships with other seiyuu. The most recognizable one is with Fumiko Orikasa, who played the next generation of Saori Kido, Rukia Kuchiki and Gabriella Montez, three characters close to Masakazu's characters. Likewise, he also develops a relationship with Junichi Suwabe, with the latter being Sting Oakley, Grimmjow Jeagerjaquez, Shinta Fukuda, and Seymour Guado, all either friends or rivals of Masakazu's characters.

His English equivalent is Johnny Yong Bosch, since they have identical voice ranges.