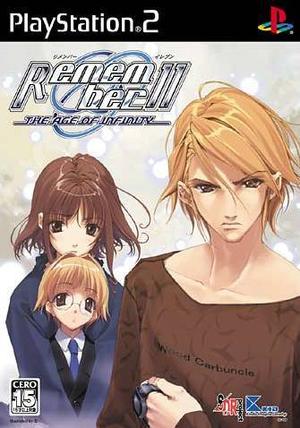 Kagome, Kagome...
The bird within the cage...
When, oh when, will you come out?
In the evening lit by the dawn...
The crane and the turtle slipped and fell...
Who's that behind you?
Advertisement:

The first is the story of Fuyukawa Kokoro, a psychiatric student traveling to the SPHIA (Specified Psychiatric Hospital for Isolation and Aegis) facility to interview a patient residing there. Following an accident in which the plane on which Kokoro was traveling crashed in the mountains, the survivors of the crash attempt to survive in the mountains with limited supplies until they can be rescued. The other survivors include Mayuzumi Lin, Yomogi Seiji, and Kusuda Yuni.

The second ongoing story follows Yukidoh Satoru, a resident of SPHIA, where he resides with Utsumi Kali, Inubushi Keiko, and Kusuda Yuni. Satoru's story revolves around several incidents which make it appear as though somebody is trying to kill him, as well as Satoru's investigations into the mysterious "personality transfer" phenomenon which causes his and Kokoro's minds to swap between the two of them...

This game is part of the Infinity series, so expect spoilers while reading the tropes list.

This Visual Novel contains examples of the following tropes: