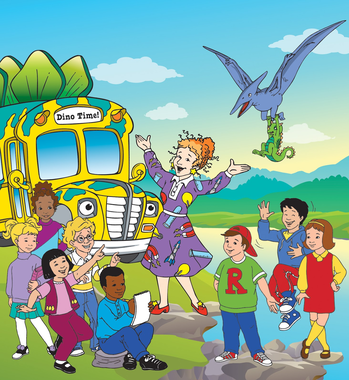 "And my other goal is to make you youngsters go crazy before I reach 40."
— Jade Curtiss, Tales of the Abyss
Advertisement:

A story that centers around a group made up of children, teenagers, or just younger adults, introduces an older character who decides they wants to join the youngsters. They're the oldest character in the group. That's the Token Adult.

In adventure stories especially in video games or Role Playing Game Verses the group is often made up of children or teenagers with one "adult" exclusively allied to them. Their age could be anywhere from being old enough to drink (if the other group members are just kids) to someone who is middle aged or over 50. Also sometimes TV shows will have older characters help the heroes once per episode, or for only one episode.

In stories directed at older audiences, where it's more common for this character to be the elder to a group of younger adults, a Cool Old Guy or The Mentor can fill this role when his Competence Zone is shifted upward compared to the rest of the group. This can be done by making the youngsters New Meat, Man Children, or Bunny Ears Lawyers. Take note, that the rest of the group don't necessarily need to be "adults" to count, they just have to be noticeably younger than the Token Adult. Also occasionally the Token Adult will stick out in a group of adults because they're a Bunny-Ears Lawyer. See Si from Duck Dynasty in the examples.

They may be a stranger that joins because they happen to have the same or a similar goal as the heroes. Or an experienced veteran who joins the group. Could also be intended as an aversion, or subversion to There Are No Adults by the author, by making the character a substitute parent that acts as the team's guardian in their parent's absence. They may even literally be a trusted friend or relative of one of the team member's parents, or a team member's teacher. Often times they're also The Mentor, or just a wiser grownup in non-action works who guides the characters in the right direction, or Mr. Exposition, who, because they're older and more experienced, explains how the world works.

Tends to be The Big Guy, because they're older, taller, and stronger, at least in the beginning. They could also be The Smart Guy based on their years of experience. You can expect Years Too Early comments in either case. If they're a badass most of the time they're a Cool Old Guy but they could be a Colonel Bad Ass or The Captain depending on the setting, or a Bad Ass Bookworm. If they were The Leader of The Team at one point, but isn't The Hero, they're probably the Big Good. If they're the Foil to the The Hero they might end up becoming The Lancer. If played for comedic effect, they might be a Dead Pan Snarker who employs Insult humor on their younger peers. They could also be One of the Kids, might be a Crouching Moron, Hidden Badass, or if Adults really are useless they may be used by the author to drive that point home.

If employed to the Token Adult because of job politics, the group may have been Reassigned to Antarctica.

Sometimes, they start out as their adult in the beginning of the story, and more older characters are included in the group later, in which case, the original character who took up the role still counts.

Other stories have the Token Adult separated from the group, and replaced by another older character. In that case both characters count.

If hurting their friends is their Berserk Button, expect them to be the Papa Wolf or the Mama Bear.

Contrast Tagalong Kid and Token Mini-Moe, this trope's opposite. Compare The Chick, The Mentor, Adults Are Useless, There Are No Adults.