The Headmaster of Gifted Inmates Academy 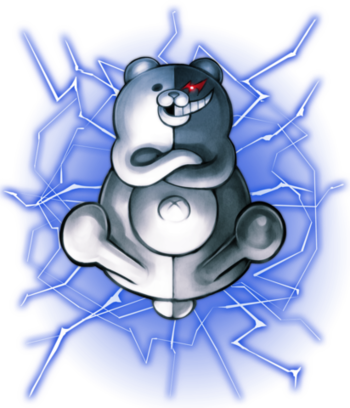 "I am the god of this new world...and the headmaster of the Ultimate Academy! The one, the only...Monokuma!"
Voiced by: Tarako (Japanese) Brian Beacock (English)

The self-proclaimed headmaster of Gifted Inmates Academy. He's very eager to see society's biggest hopefuls start killing each other, so he heaps psychological torture on the students at every turn.

For the tropes related to him in Danganronpa: Trigger Happy Havoc, Dangan Ronpa 2 Goodbye Despair, and Danganronpa 3: The End of Hope's Peak High School, see here, here, and here.
The Mastermind
Team Danganronpa 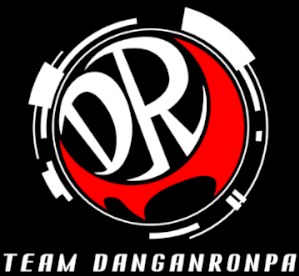 The Producers of the killing game. Despite playing the mastermind role for the show, Tsumugi isn't really in charge — she's just another staff member of the Danganronpa Producers, the creative team behind the reality TV show that Danganronpa exists as in this game.

They are the ones who took the students and brainwashed them into becoming completely different from their base personalities and setting up the killing game. They never appear, but their presence is made known for the first time at the Chapter 6 Trial.

As a Group
The Monokubs

Five bears who call themselves Monokuma’s children. Working under Monokuma, they oversee the killing game taking place at the Prison School for the Gifted. Because their personalities are so different, they don’t work together very well.

The Leader of the Monokubs 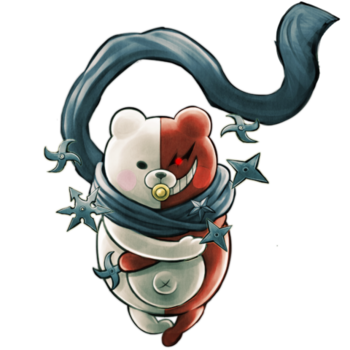 A member of the Monokubs and also its leader. He controls the Gifted Inmates Academy and initiates the new Killing Game. Despite his supposed authority role, he is remarkably forgetful and ineffective. 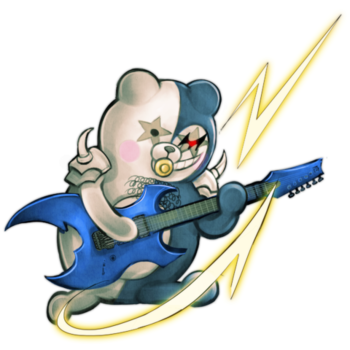 A violent bear with a bad mouth and a short temper. Since he does things like say incoherent stuff without listening to anybody, he’s the main cause of conversations getting derailed. 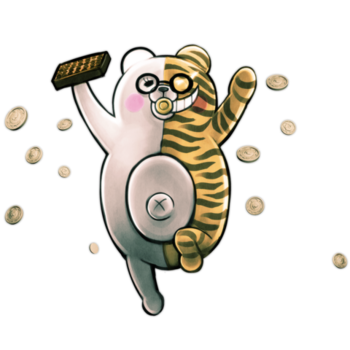 A member of the Monokubs who speaks in Kansai dialect. He’s the calmest of the bunch, always playing the Straight Man. However, this doesn’t mean that he’s docile; his terrible mouth could rival even Monokid. He often displays affirmative behavior even in the middle of an argument between members. 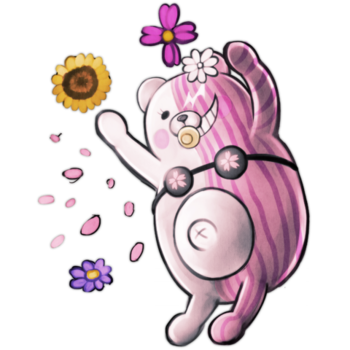 The sole girl among the Monokubs. She isn’t good with gory stuff and has a gentle side to her. When the other members start their in-fighting she often plays the mediator, but in the end, she always ends up joining in the fight. She has a cute side where she does things like try to solve the killing game via rock-paper-scissors, or suddenly fall asleep. 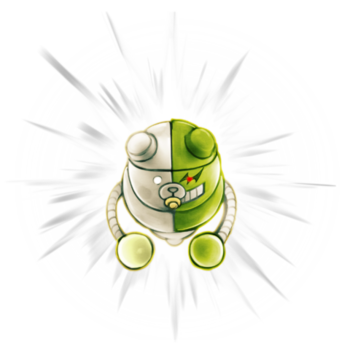 The member of the Monokubs who closed his heart because of Monokid’s bullying. For the most part, he doesn’t speak to his fellow siblings/members. His unique point is his robotic-looking body.

Small mechanical bugs with Monokuma's likeness, they record footage of events that happen and transfer them to the evil bear.

The name of Kokichi's organization. While Kokichi claimed that they were a Nebulous Evil Organization, it is actually a group consisted of ten clowns including himself who going around causing mild pranks, vandalism, and petty theft For the Lulz but had a Thou Shall Not Kill policy.

Korekiyo's sister and the reason he ended up becoming a Serial Killer in order to get her 100 friends in the afterlife. She also acts as the basis for something akin to a Split Personality or Tulpa for Korekiyo when he's stressed. 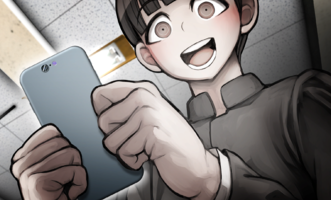 An extremely normal boy in an elite school, with no talents or anything... Sounds like someone? Nope, it's not Makoto Naegi, but a completely new character.