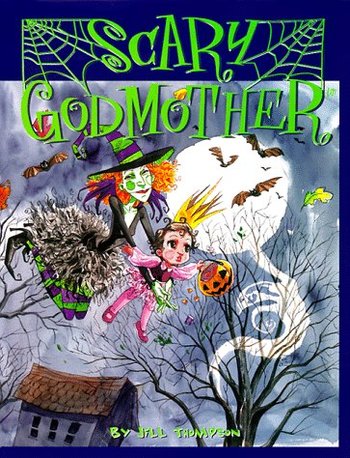 Hannah Marie is a young girl who gets stuck in a haunted house while Trick-or-Treating with her cousin. Hannah is transported to "Frightside", an alternate realm where magical beings live. Hannah meets an energetic fairy called Scary Godmother, her three "broommates", and the rest of their friends.

The series has been adapted into two animated specials: Scary Godmother (2003) and Scary Godmother: The Revenge of Jimmy (2005). The cartoons have their own page.