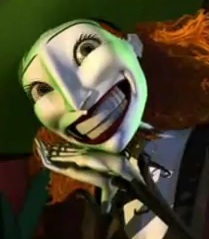 Characters of the Mortal Realm 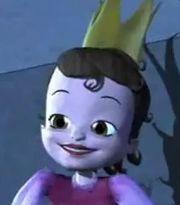 A young girl that Scary Godmother befriends and the main protagonist. 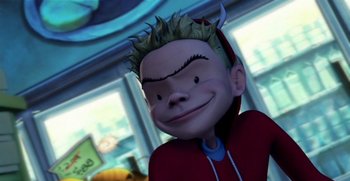 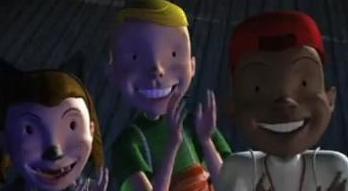 From left to right: Katie, Daryl, and Bert.

Characters of the Monster Realm 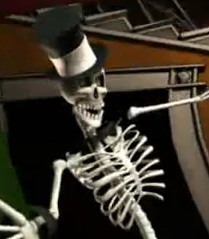 A talkative werewolf who wears a blue, lamb-patterned shirt. 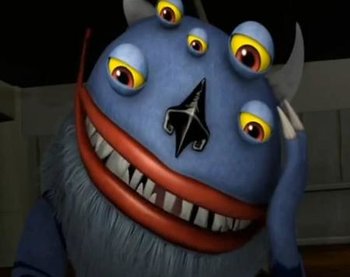 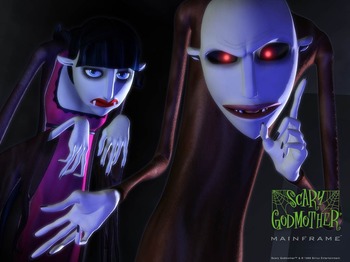 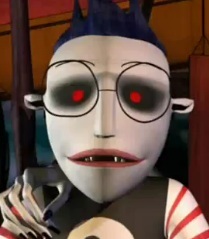 The only child and son of Count Maxwell and Countess Ruby.

Harry's mother, a human fortune teller who lives in a cave and operates a business out of a caravan. She's sick of Harry leeching off her and wishes he'd get a job, but secretly doesn't mind mothering him except he's never appreciative.

A fairy who attended school with Scary Godmother, and was one of her two best friends. Years later when they're adults, she's struggling to find a Fairy Godmother job for herself... so she tries to steal one from Scary Godmother.

A witch who attended school with Scary Godmother, and was one of her two best friends. Years later, Holda's a high ranking witch who organized the convention for fairies and witches where Scary Godmother was invited to speak. Unfortunately, Holda didn't realize Scary Godmother had been replaced by Tinkaree.

The oldest living vampire, and the one whom Max and Ruby defer to. He teaches fledgling vampires in "The old ways," but his "Summer Ghoul" program is a scam to get him young slaves to do his bidding.