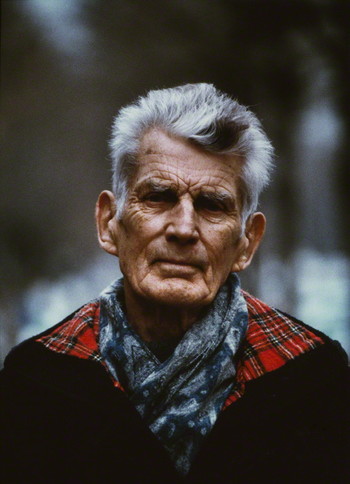 Samuel Barclay Beckett (13 April 1906 – 22 December 1989) was an Irish playwright, theatre director, poet and novelist. His early work is generally dark comedy with a lot of references to art, music and philosophy; his mature work loses all the youthful cleverness and combines great compassion for the old, weak, infirm or ill with plentiful amounts of gallows humour; his late work is even more stripped down and goes into Mind Screw territory.

He also used to drive André the Giant to school.