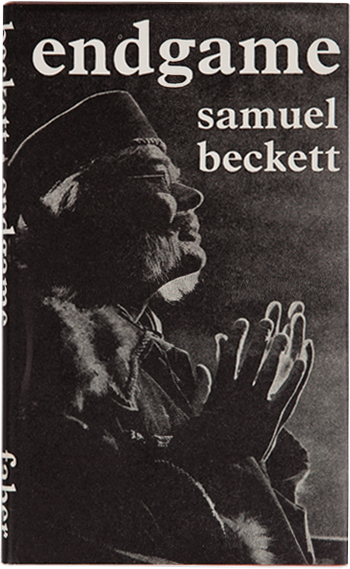 Clov: Do you believe in the life to come?
Hamm: Mine was always that.
Advertisement:

An absurdist one-act tragicomedy by Samuel Beckett, Endgame is perhaps his best known work that isn't Waiting for Godot. Taking place in a desolate post-apocalyptic world, the play is focused on a single household. Hamm is blind and cannot stand, while his servant Clov cannot sit. Hamm's parents Nagg and Nell live with them in a pair of ash bins, and both have lost their legs. They all lead miserable lives and subsist on dog biscuits. Tends to be a confusing read, which is to be expected of something coming from the Theatre of the Absurd. Has been adapted into film a couple of times, including an adaptation starring Michael Gambon as Hamm and David Thewlis as Clov.