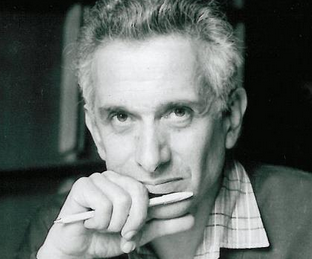 The statesmen live from day to day,every event surprize them, and the issues they try hard to solve are those from one or two days before, which they by the way didn't understand yet.
"An adult is just a child who started to rot"
— René Barjavel
Advertisement:

René Barjavel, born on January 24th, 1911 in Nyons, France, and died on November 24th, 1985 in Paris, was a French writer and journalist mainly known for his anticipation novels, where science-fiction and fantastic express the angst felt in front of a technology we don't control anymore.

Some redundant thematics of his work are: fall of the civilisation caused by too much science or war, eternal and indestructible love (Ashes, Ashes; The Immortals; The Ice People; Une Rose au paradisnote French name. English one wasn't found).

His work is poetic, dream-like and sometimes philosophical.

Works by René Barjavel with pages on this wiki:

Other novels by René Barjavel include: