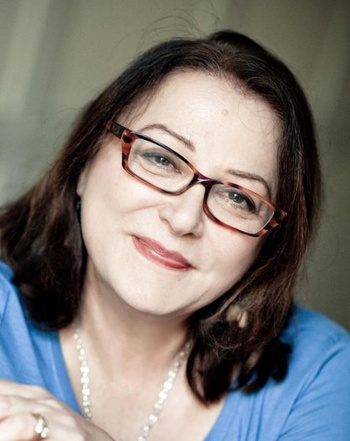 She first trained in graphic arts before embracing stage acting, notably with the lessons of Tania Balachova. She joined the Parisian comedy theatre troupe Le Splendid' (Thierry Lhermitte, Christian Clavier, Michel Blanc, Bruno Moynot, Marie-Anne Chazel, Gérard Jugnot) in 1976, which would rapidly meet success with their plays then movies, including Santa Claus Is a Stinker and Les Bronzés (French Fried Vacation). She made her directing debut with Sac de nœuds in 1985.

In The '90s, she gained much recognition with multiple César Awards and nominations with her directing and acting efforts such as Gazon Maudit (French Twist) and Not Everybody's Lucky Enough to Have Communist Parents.

She married then divorced from French sculptor Philippe Berry, with whom she's had two children, including actress Marilou Berry. She remarried with American actor George Aguilar (Bagdad Cafe) in 2003, after meeting him on the set of 1999's The Frenchman's Son.