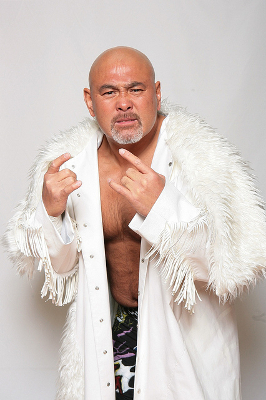 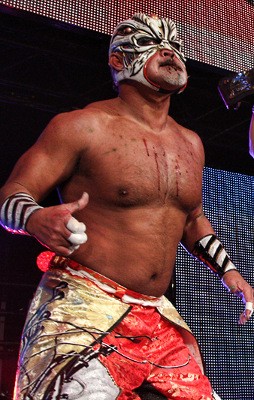 Keiji Mutoh (武藤 敬司, Mutō Keiji, born December 23, 1962), better known as for his long running gimmick, The Great Muta, is a Japanese professional wrestler who debuted in 1984. He is well known and regarded for his with New Japan Pro-Wrestling, All Japan Pro Wrestling, WCW, and many other promotions. From 2013 to 2020 he also led his own promotion, WRESTLE-1, which shared a working relationship with TNA.

Mutoh has had numerous successes both as himself and as his more famous Great Muta alter ego, and is known as a legend and instantly the person Western fans think of when they think about Japanese Puroresu (a close second being Jushin Thunder Liger). Hailed as the kayfabe son of The Great Kabuki, he quickly rose through and became one of the top stars through the 80s, 90s, and still competes to this day. He is a multiple-time IWGP World Heavyweight and Tag Team Champion as well as former NWA Television, World Heavyweight and WCW Tag Champion, among numerous other titles and reigns. He was inducted into the Wrestling Observer Hall of Fame in 1999.

Mutoh was also one of stars of a short-lived promotion named Fantasy Fight WRESTLE-1, which later led to the creation of Fighting Opera HUSTLE (where Mutoh also competed) and the name of his own company, WRESTLE-1.

Tropes related to the Great Muta: