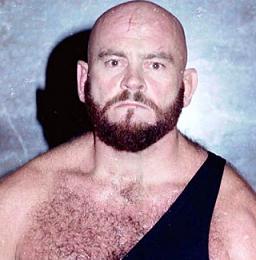 Oreal Donald Perras (August 25, 1942 – February 18, 2017) was a Canadian Professional Wrestler best known for his work from the 1960s through the 1980s as Ivan Koloff. He started as an Irish character named Red McNulty before starting the Koloff gimmick in 1967. His biggest moment was when he defeated Bruno Sammartino for the WWE (then WWWF) World Heavyweight Title

, ending Bruno's epic EIGHT-YEAR reign, though he lost the belt to Pedro Morales three weeks later. Aside from his WWWF run, he is famous for his work in the National Wrestling Alliance territory in the Carolinas run by Jim Crockett. He also competed for the AWA, SMW, ECW, All Japan Pro Wrestling and many other promotions. He was a four-time NWA (Mid-Atlantic) World Tag Team Champion

and held various titles in other territories as well. He retired in 1994 and has since become an ordained minister. He passed away of liver cancer on February 18 2017