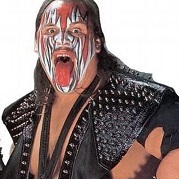 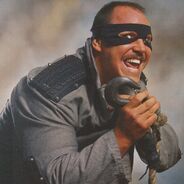 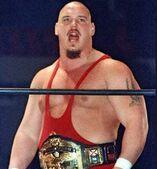 Barry Allen Darsow (born October 6, 1959) is a semi-retired American Professional Wrestler from Minnesota best known for his work in WWE as Smash of Demolition and as Repo Man, and for NWA promoter Jim Crockett as Krusher Khrushchev. He debuted in 1983 and would work all over the world for decades. Among his in-ring achievements, he is a former 3x WWE World Tag Team Champion

with Ax and Crush as Demolition, a former and the first-ever Mid-South Television Champion

as a member of The Russians, and he and Ax were the last-ever UXW Tag Team Champions

He has no connection to Repo Man.

"Gonna kick your tropes in you stinking punk!"