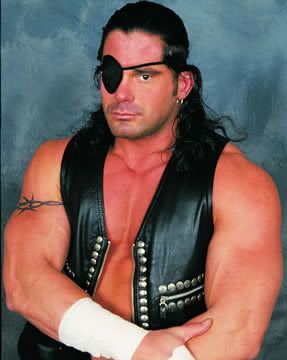 Scott Antol (b. March 1, 1971) is a retired American professional wrestler from Savannah, Georgia best known for his time in WCW as Scotty Riggs. He debuted in 1992 as Scott Studd and wrestled for WCW, SMW, the USWA and some independent promotions. WCW renamed him Scotty Riggs and put him together with Marcus Alexander Bagwell as The American Males. That ended on the November 25, 1996 WCW Monday Nitro, when Bagwell turned heel by joining the New World Order. Riggs was Demoted to Extra until he joined Raven's Flock a year later, on the November 24, 1997 Nitro. After Perry Saturn defeated Raven to free the Flock at WCW Fall Brawl 98, September 13, 1998, Riggs drifted. He started a narcissist gimmick and left at the end of 1999. He had a run in ECW in 2000 as Scotty Anton, where he turned heel on Rob Van Dam and joined The Network. He wrestled in various independent promotions in the U.S. and Europe, most notably in Dusty Rhodes' Turnbuckle Championship Wrestling in Georgia, eventually retiring in 2009.

As for his in-ring achievements, he is a former SMW "Beat The Champ" Television Champion

with Bagwell as The American Males, a 3x TCW Heavyweight Champion