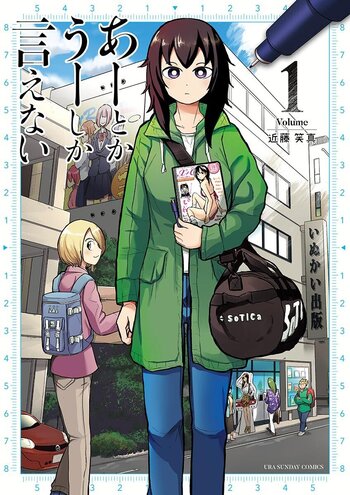 Ah...and Mm...Are All She Says (あーとかうーしか言えない, Aa toka Uu Shika Ienai) is an ecchi slice of life comedy by Kondou Shouma. The series was serialized on the Ura Sunday website from January 17, 2019 to April 9, 2020.

Compare Bakuman。 for another look at the manga industry.