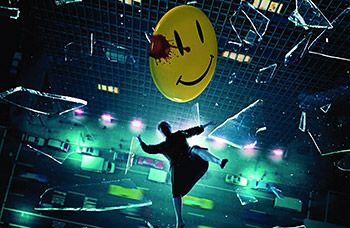 Similar to a Slow-Motion Drop but instead of an inanimate object dropping, we see a person falling backwards (or, rarely, forwards) in slow-motion, usually, after being shot. Bonus points if their True Companions are watching: it's the cue for an appropriately slowed down Big "NO!". There's a bit of Truth in Television to this, as stressful situations can cause people's perception of time to slow down due to the adrenaline pumping.

See also Disney Villain Death. Sub-Trope of Death Is Dramatic. If it goes on long enough for it to start being funny, it's I Fell for Hours.

Be warned that this is frequently a Death Trope!

Owen Slips on a Banana Peel

Owen Slips on a Banana Peel