Manga / Our Dreams at Dusk 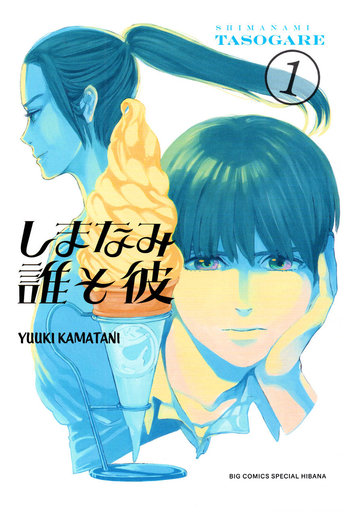 "You can tell me anything, but I won't listen."
—"Dareka-san"
Advertisement:

"Tasuku, did you watch a gay porno?" With a single sentence, high school student Tasuku Kaname's world comes crashing down around his ears. Convinced that he's been outed and his life is over, Tasuku is on the verge of doing something he can't take back when suddenly, he sees a woman seemingly jump out of the window of a nearby house. Tasuku runs to the building in shock only to find out not only that the woman is perfectly unharmed, but that the "house" is actually a public lounge owned by her. Not knowing what else to do, Tasuku ends up telling the mysterious woman everything. "Dareka-san" listens to his troubles stoically and leaves, but not before casually inviting him to come back to her lounge the next day- "gay people come by too, after all."

Shimanami Tasogare is a Seinen manga written by Yuhki Kamatani (author of Nabari no Ou and Shonen Note: Boy Soprano) about Tasuku and the people he meets and befriends at the lounge. The manga was serialized from 2015 to 2018, starting in Hibana and later moving to the Manga One app in 2017.

The manga was licensed in English by Seven Seas Entertainment under the name Our Dreams at Dusk: Shimanami Tasogare, with the first volume released on May 7, 2019. Upon licensing, they noted that it was the most requested title in all of their forms asking for license suggestions. The manga is available in France under the title Éclat(s) d'âmenote An ambiguous title that can either mean "Spark of the Soul" or "Shards of Soul", published by Akata (who already published several LGBT-themed manga).