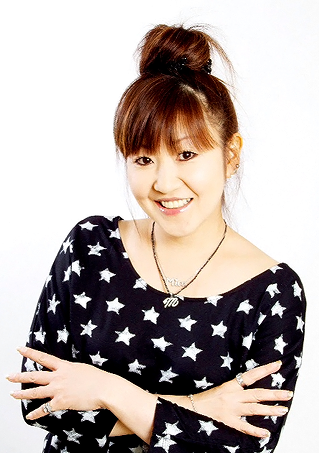 Mika Kanai (born March 18, 1964) is one of the go-to Japanese voice actresses when it comes to characters that hasn't even reached puberty or at least just plain cheery. Not to say that's her only role, she occasionally plays against her type, whether it's about shyness or completely emotionless characters. It seems that Satoko Hojo's Noblewoman's Laugh has become Kanai's Signature Laugh, as some of her other characters has the same laugh.

Notoriously known for booby grabbing voice actresses as her introduction. She is the daughter of retired seiyuu Kazue Tagami and the late Seinenza Theater Company producer Akihisa Kanai, and was married to Kōichi Yamadera from 1993 to 2006. She also has a singing career.

, Kanai is one of the core members of the voice-actor charity organization, “Seiendan (Voice Supporters)” led by Kazuhiko Inoue.