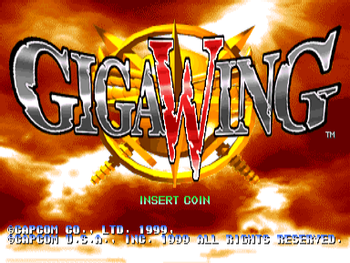 Giga Wing is a vertical Shoot 'Em Up series developed by Takumi and published by Capcom for arcades.

It is perhaps best well-known for two features:

Not to be confused with Zero Wing.