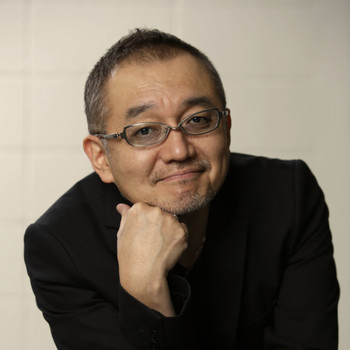 Kouji Tsujitani was a seiyu born April 26, 1962 who usually plays cool, handsome characters. His early roles were often Star-Crossed Lovers like Seabook Arno in Gundam F91. Then, he got to play Chivalrous Perverts like Miroku in Inuyasha. Or the Irresponsible Captain Tylor.

Seems to have grown Perma-Stubble and had a pigeonhole change to something along the lines of his role as Dewey Novak in Eureka Seven.

As of July 2012, he was married to fellow seiyuu Kumiko Watanabe, therefore she will be the one who bears his child.

On 17th October 2018, he died of cerebral infarction