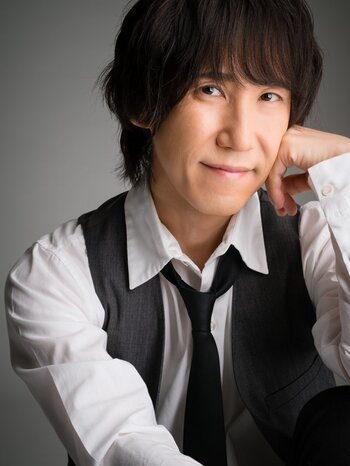 WELCOME TO HIS WONDERFUL WARUDO!

Daisuke Hirakawa, or Hirarin, is a male seiyuu, born June 4, 1973. He is best known in the west as the voice of the infamous Makoto Itou. He also did the Japanese dub voices of Legolas and Will, and Loki in the Marvel Cinematic Universe films.

Not to be confused with fellow voice actor Daisuke Namikawa, whose name differs by only one kanji.

Do you mind listing Daisuke Hirakawa's notable roles? They're... my favorites.