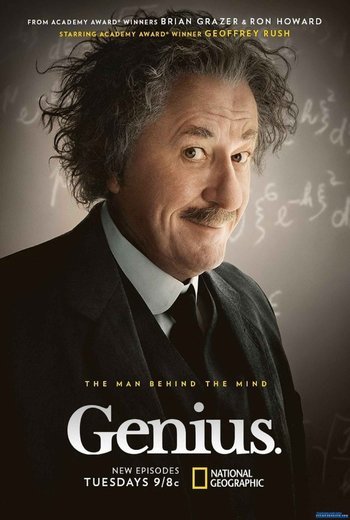 Genius is the first scripted series produced by the National Geographic Channel. It is an anthology series, with each season covering the life of a famous, well, genius. The first understandably features the man whose very name is synonymous with the term above all others, Albert Einstein, played by Geoffrey Rush. A second season was approved before the first even aired, covering Pablo Picasso, played by Antonio Banderas. Then a third was announced before the second aired, about Aretha Franklin, played by Cynthia Erivo; premiering in March 2021, new episodes of the show arrived on Hulu a day after their cable premiere. A fourth season, announced before the third aired, will be about Martin Luther King Jr. and Malcolm X; that season will be exclusive to Disney+.