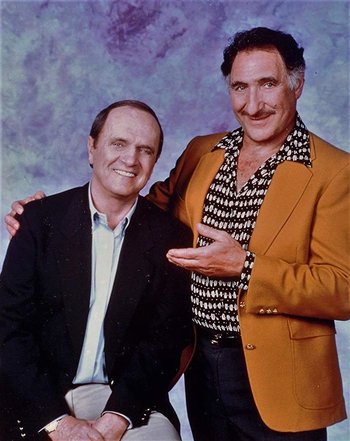 George & Leo is a sitcom that ran for one season (1997–98) on CBS, starring Bob Newhart (in his second series for Paramount, after Bob) as George Stoody, an uptight bookstore owner in Martha's Vineyard, Massachusetts, and Judd Hirsch (in his third series for Paramount, after Taxi and Dear John) as Leo Waggonman, a small-time crook and magician from Las Vegas who comes to town when their respective children, George's son Ted and Leo's daughter Casey, get married. Leo had been estranged from Casey for years but was invited to the wedding by Ted, and ends up staying, much to the annoyance of George.

The show also featured an early role for Jason Bateman as Ted.