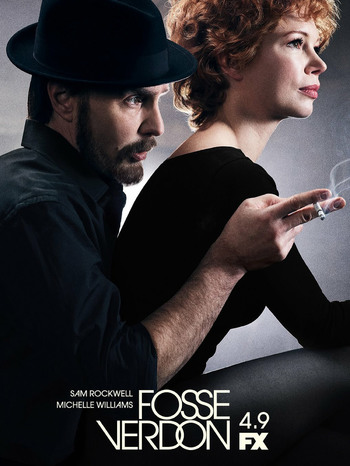 Fosse/Verdon is a biopic miniseries that premiered on FX in April 2019. It was created by Thomas Kail, who previously co-created Hamilton with Lin-Manuel Miranda, who also serves as one of the series' producers.

It recounts the story of the rocky relationship between dancer, choregrapher and director Bob Fosse (played by Sam Rockwell) and his long-time creative partner and wife, Gwen Verdon (played by Michelle Williams, also one of the series' producers).