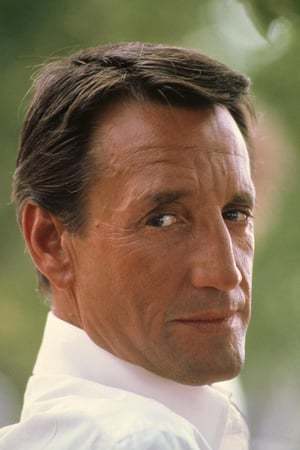 Roy Scheider in 1979, during the peak of his film career.
"The important thing is to do good work, no matter what medium you do it in."
Advertisement:

A New Jersey native, Scheider was an amateur welterweight boxer and U.S. Air Force officer prior to embarking on his acting career. He first came to prominence in 1971 with his supporting roles in Klute and The French Connection, the latter of which earned him an Oscar nomination for Best Supporting Actor. Four years later, he achieved his breakthrough to stardom as Chief Martin Brody in the 1975 blockbuster Jaws; he would reprise the role in Jaws 2 three years later.

Several of Scheider's subsequent lead roles would be similarly rugged protagonists in action and science fiction films and TV shows. On the other hand, he received his second Oscar nomination — this time for Best Actor — as well as Golden Globe and BAFTA nominations for playing an Author Avatar of Bob Fosse in Fosse's quasi-autobiographical 1979 musical film All That Jazz.

He was played by Lin-Manuel Miranda in Fosse/Verdon on episodes that portrayed the making of All That Jazz.

Works with pages on TV Tropes include:

This actor's work provides examples of the following tropes: