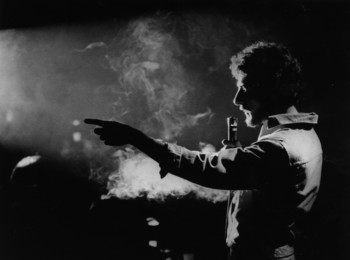 It is a biopic of legendary standup comedian Lenny Bruce. The film follows Bruce (Dustin Hoffman) from early in his standup career in 1951 through his death by opiate overdose in 1966. Bruce marries stripper Honey Harlow (Valerie Perrine) and they have a daughter, but their mutual issues lead to divorce. Meanwhile, Bruce starts out as an unexceptional hack comic, but after leaving celebrity impersonations behind he rises to superstardom as a social critic lampooning the hypocrisies of 1950s-60s America. His act draws the attention of Moral Guardians who start harassing him with obscenity charges, which only makes Bruce even more famous, but also negatively impact his career, reinforcing the paranoia and self-destructiveness that lead to his death.