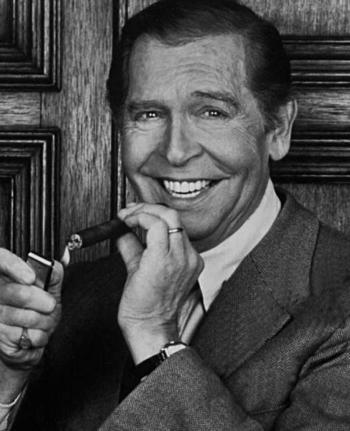 Milton Berle (born Mendel Berlinger, July 12, 1908-March 27, 2002) was an American comedian and actor with a career that spanned over 80 years. He started off in silent films and theatre as a child actor before moving on to radio, movies, and television, becoming the first major American television star and earning the nicknames of "Uncle Miltie" and "Mr. Television" during the first Golden Age of Television.

Berle was well known in his life time for dressing in drag for comedic performances and for legends about having an extremely large penis.