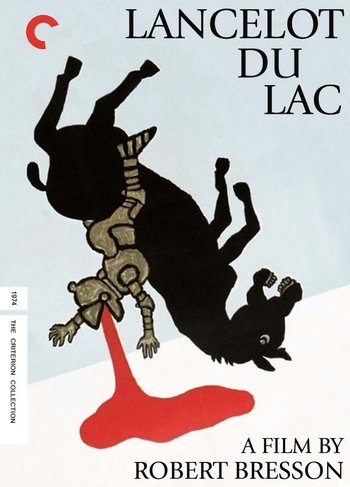 Lancelot du Lac, or Lancelot of the Lake is a 1974 French film by Robert Bresson.
Advertisement:

A retelling of Arthurian Legend that begins with the surviving Knights of the Round Table returning after their failed attempt to locate the Holy Grail. Conflict soon arises when Mordred threatens to reveal the affair between Lancelot and Guinevere to King Arthur.