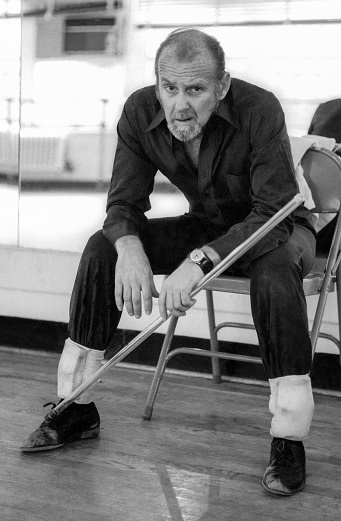 Robert Louis "Bob" Fosse (June 23, 1927 – September 23, 1987) was an American dancer, choreographer, theatre director, and film director. He won eight Tony Awards for choreography during his lifetime. He was also nominated for four Academy Awards, winning one for directing Cabaret. As a matter of fact, he is the only director to have won a Tony (for Pippin), an Emmy (for Liza with a Z), and an Oscar (for Cabaret) in the same year.

Known for his innovative choreography and use of subtext in his dances, Fosse choreographed such classic Broadway musicals as The Pajama Game, Damn Yankees, and How to Succeed in Business Without Really Trying. Productions he both choreographed and directed include Sweet Charity, Pippin (on which he also did some uncredited work on the script), and Chicago.

He appeared in the film versions of Kiss Me, Kate, Damn Yankees and The Little Prince.

His film All That Jazz (1979) is a semi-autobiographical look at his life and relationships. Fosse, a musical revue featuring his most famous dances, won the Tony award for Best Musical in 1999.

Tropes associated with Bob Fosse include: