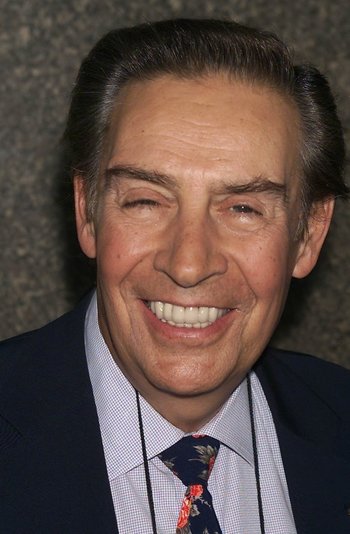 "I used to say when I was working in the theater that if I ever had five seasons of a hit TV show I'd never have to worry about money and wouldn't have to do anything I didn't want to do."
Advertisement:

Jerome Bernard Orbach (October 20, 1935 – December 28, 2004) was an American actor and singer best known for both providing the voice for Lumière the candelabra in Beauty and the Beast and his long-running role of Detective Lennie Briscoe across several iterations of Law & Order.

However, his career was a lot more diverse than the grizzled homicide detective would indicate. He started in theatre; his first major role was El Gallo in the original cast of The Fantasticks. The theater the 2006 revival performed in was named in his honor. He was nominated for three Tony Awards and two Drama Desk Awards, winning one of each as Chuck Baxter in Promises, Promises.