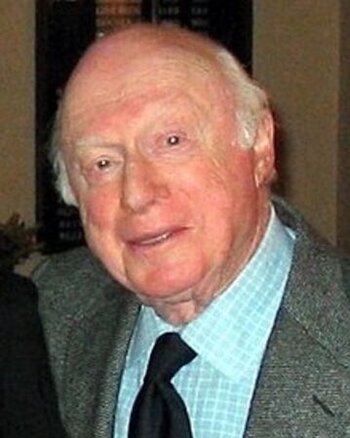 Norman Lloyd (born Norman Permutter; November 8, 1914 – May 11, 2021) was an American actor from Jersey City, New Jersey, who at 106 was one of the world's oldest living actors at the time of his death.note The oldest male actor was perhaps Dutch-German singer-actor Johannes Heesters, who passed at age 108, while the oldest actress was perhaps Renée Simonot, who passed two months short of her 110th birthday in 2021

Over a nearly nine-decade-long career encompassing stage, film, radio, and television, Lloyd worked with everyone from Alfred Hitchcock to Judd Apatow, but is probably best known for playing Dr. Daniel Auschlander on St. Elsewhere.