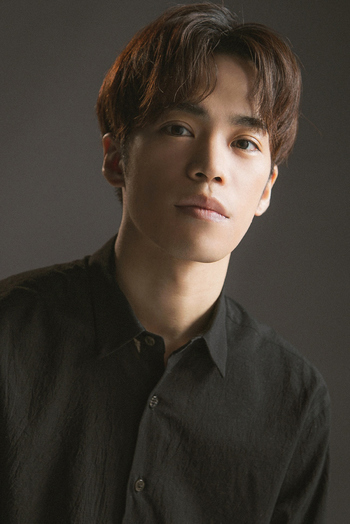 Ladies and gentlemen! I, Kensho Ono, have a dream!

Kensho Ono, born on October 5, 1989 in Fukuoka Prefecture, Japan, has been in the business as a child, being the official Japanese voice for Harry Potter and by extension, the dub voice actor of Daniel Radcliffe. It's probably his best-known role after Tetsuya Kuroko in Kuroko's Basketball; that he also portrays in the stage adaptations, Hakuryuu Ren in Magi: Labyrinth of Magic, and most recently Giorno Giovanna in JoJo's Bizarre Adventure: Golden Wind.

Along with his extensive voice acting career, he is also well-known for being a massive all-rounder (which is quite uncommon in the industry), active in film, TV, and theatre.note Fun fact, he actually got started acting on the small-screen at the age of four, then appearing in theatrical showcases when he was around 10 years old. It wasn't until 2001 when he started to take up voice-acting and his VA career didn't really take off until 2006. Even then, he didn't really get known as a voice actor until 2012 with his Star-Making Role in Kuroko's Basketball. On top of that, he launched a solo music career in 2014 with FANTASTIC TUNE, the 4th ending to Kuroko's Basketball.

Not related to Daisuke Ono or Yuki Ono in any way, although the three of them were in Kuroko's Basketball together and voiced three JoJos (Daisuke and Yuki voiced Jotaro and Josuke respectively, and having the same surname got him the role of Giorno).

In February 2017, a Japanese tabloid publicized the fact that he was in a relationship with fellow voice actress Kana Hanazawa and she had been living with him for some time. On July 8, 2020, he and his agency announced their marriage

Kensho Ono has these roles that he knows to be just:

I Kensho Ono, have my own tropes!: