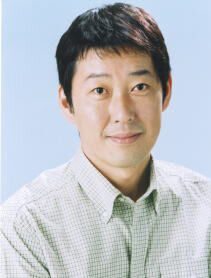 ...Done? Alrighty, then: born Kikuo Ono, Kenichi Ono (born January 11, 1958) is one of the more veteran seiyuus in the age. He had his share of usually minor roles, except that one point when he did the quirky Prospector of Martian Successor Nadesico. It wasn't until Super Robot Wars Alpha Gaiden his real shot to fame kicked in, by voicing the game's Dragon Sanger Zonvolt, " the Sword that smites/cleaves evil!". All thanks to this role, said character became Super Robot Wars' Ensemble Dark Horse and Memetic Badass, catapulting Kenichi to return to voicing the character again in subsequent Alpha sequels and the Super Robot Wars: Original Generation sub-series. While he's like a one-shot wonder veteran, this particular shot is a clear cut kill that makes him so received.