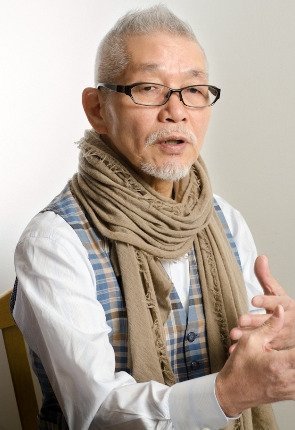 Are you the troper who contracted with me, Kenichi Ogata? The favor of saving me from pigeonholing will be returned in anime… You can count on me, UWAHAHAHA!

Some of his most notable roles have been as Genma Saotome of Ranma ½, as Leo and Liger Shishioh of The King of Braves GaoGaiGar, Professor Hiroshi Agasa of Case Closed, and more recently, as Gran Torino of My Hero Academia.

The work in which he voiced the most characters was in the Super Robot Wars series. He used to work at Aoni Production and now is working at Production Baobab.

Kenichi Ogata was born to Japanese comedian Kenichi Enomoto. After graduating junior high school, Ogata studied cooking, and then went to high school, where he aimed to be a comedy performer, and worked for some theatrical companies. His voice acting debut was in Mazinger Z, and has been voice acting since.

He is known for his unique soft voice, but also for his astringent and villain roles, and has an established reputation for his role in Tensai Bakabon.