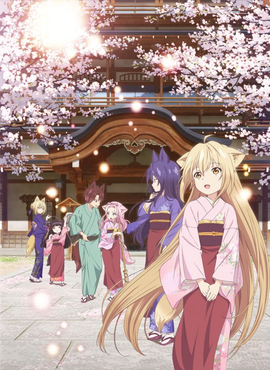 Konohana Kitan is a 2014 manga by Sakuya Amano. Its story revolves around Yuzu, a fox girl who becomes an attendant in a traditional Japanese inn, Konohana-tei. The manga is a Slice of Life story revolving around everyday lives of the attendants and the visitors of the inn, with some surprisingly poignant storytelling concerning the Japanese mythology and traditions atypical to the genre.

The manga was adapted into an anime by Lerche in 2017, and is available for viewing

at Crunchyroll. The manga is also currently licensed in English as one of the first titles from the revived Tokyopop.