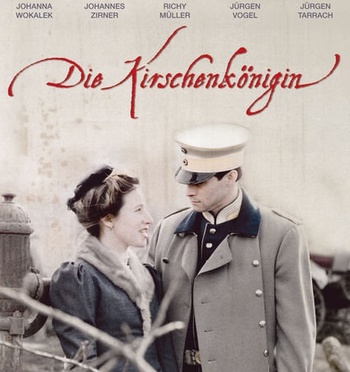 The story is set in Germany in the 1930s. Ruth Goldfish von Roll is the daughter of a German Jewish banker. She decides not to leave the country, preferring not to abandon her cherry orchard near the town of Bleicherode, even as the Nazis take over and Jewish people are being more and more persecuted. She ends up going into clandestinity as World War II breaks out.

The Cherry Queen provides examples of: