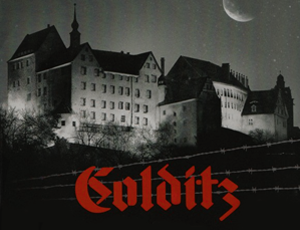 This grim and claustrophobic drama chronicles the lives of the prisoners in Colditz Castle from the arrival of the first British prisoners after Dunkirk until the liberation of the castle by the Americans in 1945. Colditz was a "special" camp, designed by the Nazis to hold high-risk and politically important prisoners. Many of the series' plots are based on real events.
Advertisement:

Aired on the BBC from 1972 to 1974, it was eventually repeated on the UK TV channel "Yesterday" to coincide with its finally having "escaped" onto DVD. The same production team and many of the same cast members went on to make Secret Army.

Tropes present in the series include