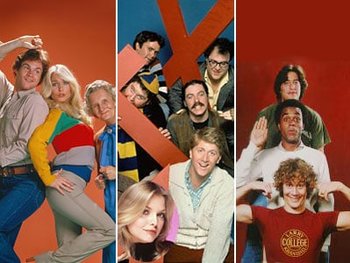 Co-Ed Fever was one of three 1979 "frat house" sitcoms that tried to cash in on the popularity of Animal House. The setting was Baxter College, an old-line institute for women which had just started admitting men.

A One-Episode Wonder, its only broadcast was a "special preview" on CBS on February 4, 1979.