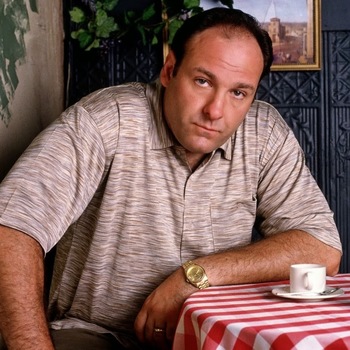 James Joseph Gandolfini Jr. (September 18, 1961 – June 19, 2013) was an American actor and producer best known for his role as Tony Soprano in The Sopranos.

Gandolfini was born as the as the youngest child of Santa (née Penna) and James Joseph Gandolfini Sr. in Westwood, New Jersey. He was married twice, to Marcy Wudarski and then to Deborah Lin and he had two children, including actor Michael Gandolfini.

Gandolfini sadly died suddenly in 2013 from a heart attack while on vacation in Rome.

Tropes associated with James Gandolfini include: