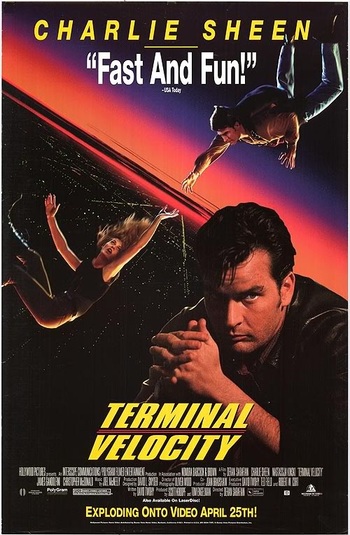 Former Olympic gymnast-turned-daredevil skydiver Ditch Brodie (Sheen), owner of a jump school, is approached by a beautiful but nervous woman named Chris Morrow (Kinski), whom insists on performing a static jump from cruising altitude immediately. Playing along due to her flirtatious attitude, Ditch agrees to take her despite claims that she has never skydived before. During the flight over, a confusing incident ends with Chris leaping out on her own, and despite Ditch's best attempts, he's unable to save her before she hits the ground at terminal velocity. An investigation ensues, and the school is closed down indefinitely.

Ditch feels guilty by her death, but nonetheless confused by the circumstances surrounding it, so when he finds evidence contradicting Chris' claims, and he's attacked by the mysterious Kerr (McDonald), he finds himself not only looking to clear his name, but also to survive, while finding allies and enemies in the least-expected places.